During its time in the EU, the United Kingdom had the advantage of being able to access a number of real-time Europe-wide shared crime databases. The UK has benefited from access to systems such as the Schengen Information System (SIS). The SIS is a real-time database introduced in 1995. It is widely used by all member states of the EU. It is the largest information-sharing platform of its kind allowing police and border authorities to enter and in turn consult on persons or objects of interest. The database also advises on what action should be taken should a person of particular interest be identified or apprehended. British police and border agency staff are the third-highest users of the SIS; in 2019, 571m searches took place to facilitate searches for wanted people or goods.

The main purpose of the SIS is to make Europe safer given the lack of manned borders. In 1985, five EU member states signed the Schengen agreement abolishing internal border checks. This later extended to all 26-member states allowing free movement across the continent to citizens. The UK decided not to be part of Schengen on the basis the country’s’ geographical position is an island that is often targeted at its borders and their desire to be responsible for their own control measures on their borders.

From 1 January 2021, the UK lost access to the SIS as part of the country’s withdrawal from the EU and will now rely on increased co-operation with Interpol. As Interpol are not currently directly integrated into UK counter crime systems, the UK will have now have to use more labour intensive practices to access critical data on persons wanted within the EU, including those who may be of interest for terror activities. The lack of access to SIS could result in criminals not being “red flagged” and entering the UK without evaluation.

Previously when the UK was a member of the EU under SIS, EEA and Swiss nationals were able to enter the UK using state-issued ID cards as a form of travel document. Home Secretary Rt Hon Priti Patel MP announced that ID cards were “insecure” and anybody entering the UK from 1 October 2020 would now need to produce a valid passport at point of entry. 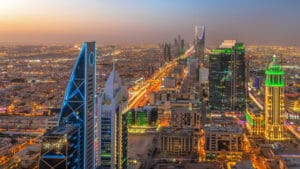