As the world continues to cope with the ‘prevalence, contagiousness and devastation of COVID-19’, calls for a ‘vaccine passport’ by national governments and private companies grow ever louder.1 To this end, the government has tasked Cabinet Minister Michael Gove with conducting a review on the utility of vaccine passports, due before 21st June. The implementation of such a policy, whilst containing scientific, technological, economic and ethical challenges, could be a viable solution to restarting the economy.

So far, a number of European countries, including tourism heavy destinations such as Cyprus, Italy, Portugal and Spain, have started asking for vaccine certificates which, when presented, enable an individual to bypass quarantine protocols when arriving in a new country. In addition to this, the International Air Transport Association (IATA) has put forward a travel pass initiative, which would create a ‘global and standardised solution’ to help ‘re-open borders without quarantine and restart aviation’.2  For obvious reasons, initiatives such as these are an attractive proposition for European aviation and tourism, with the pandemic resulting in an 85% fall in arrivals to Europe in 2020.3

As a testament to the appetite for holidays abroad in the UK, bookings with EasyJet, TUI and Jet2 surged upon Boris Johnson’s roadmap announcement, with increases of 300%, 500% and 600% respectively. Unsurprisingly the most popular destinations were Greece, Spain and Turkey.4 Alongside national governments, Qantas Airways, amongst other airlines, have imposed a policy that requires international travellers to show proof of vaccination before boarding, with other sectors of the tourism industry such as UK based Saga Cruises following suit.5

Expanding the scope of a vaccine passport could become key to kick-starting the domestic economy, with a Reuters article pointing out that a revival of the night-time economy would help get 420,000 people back to work in Manchester alone.6 Further to this, the Ada Lovelace Institute has raised the potential value of a vaccine passport as a means of improving mental health, especially when helping those who have suffered from extreme harm and isolation whilst in lockdown.7 The use of a vaccine passport could also see the entertainment, leisure and hospitality industries follow the lead of some within the aviation and tourism industry with requests for proof of vaccination before entry. One such company reported to be exploring these measures is Ticketmaster, which is looking into ways for attendees of live events to link their digital ticket to a record of vaccination.8

Across the world, countries have had rolling lockdowns in an attempt to control the virus, seeing the economy and mental health become collateral damage of the pandemic. Vaccine passports are a plausible solution to managing the pandemic, reducing the opportunity for the economic and psychological fallout of continued lockdowns. As a result, the passport could assist in strengthening individuals’ confidence in the government’s handling of the pandemic by the masses. With the UK currently holding the presidency of the G7, some have suggested that this position could assist the UK to ‘push for an internationally recognised system of vaccine passports’.9 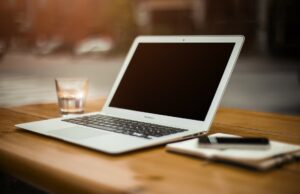 Working from home and return to the office 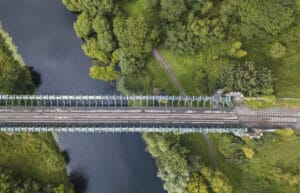 Could a cross-Irish Sea link be a bridge too far?